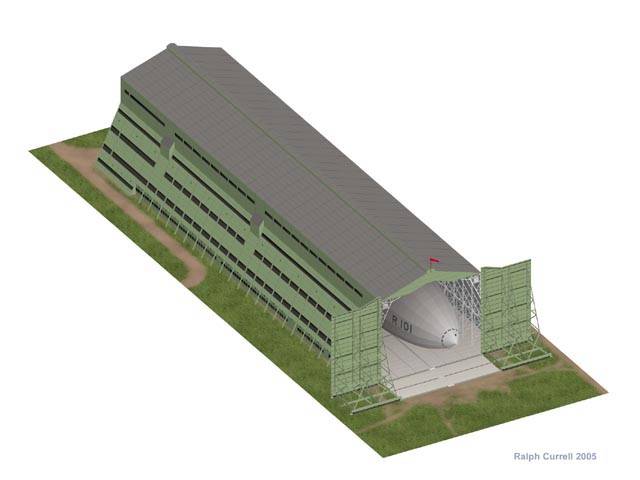 This model builds into an accurate 1:700 scale replica of the Cardington Number One shed during the R101 era. The completed model is over 15 inches long.

You will need a colour printer capable of handling card or cover stock to print the parts sheets. 67 lb cover stock (approx 8.5 thousandths of an inch or 0.2 mm thick) is recommended.


shed_instr.pdf - 314 KiB - This document contains the instructions only (5 pages).

shed_base.pdf - 6.37 MiB - This document contains the parts for the optional display base (2 pages).

The parts and instructions are in Adobe PDF format. Your web browser may allow you to read and print these files, otherwise you'll need a PDF reader such as Adobe's Acrobat Reader or Foxit Reader.